Course Overview: Black people have existed in Canada for hundreds of years and they have settled and made communities throughout the nation. This course will examine the rich and diverse history of the Black experience in Canada, beginning with early contact and the Atlantic Slave Trade and continuing into the twenty-first century. The history of Black Canadians is a history of struggle and resistance. All of the communities we will highlight in this course faced negative reactions to their very presence in the nation in some form or another, and yet all of them would stand firm and root themselves into the very foundation of the country.

October 18: The African Diaspora: A discussion of early Black presence in North America and an overview of the beginning of the Atlantic Slave Trade. - The bulk of this lecture will delve into the development of the Atlantic Slave trade to better understand the trade’s impact on the settlement and treatment of Africans in North America. The Atlantic slave trade was the foundation for North America’s development of systematic anti-Black racism; therefore it must be understood in order to understand the Black experience.
October 25: Early Slavery in Canada: A discussion of early slavery in Canada with a focus on New France and the Maritimes. - While there were certainly exceptions, enslavement was the experience for many early Africans residing in what is now Canada. Here we will discuss the realities of slavery in several regions of Canada in order to better understand the systems of slavery which existed there in order to build on the previous lectures’ content on the building of anti-Black systematic racism in the country.
November 1: Loyalism in Black and White: A discussion of the free Black Loyalist settlements in Canada as well as the increase of the enslaved population due to the influx of White Loyalist slave owners. - During the American Revolutionary War some Black Americans were able to earn their freedom and settle in the Maritimes by fleeing their masters and fighting on behalf of the British: they are sometimes referred to as the Black Loyalists. At the same time that these lucky few Black Americans were able to earn their freedom, White slave owners loyal to the British were also able to bring their enslaved people with them to settle. The story of Loyalists is a story of both freedom and slavery for Blacks in Canada, and the treatment of both free and enslaved people in their new settlements will demonstrate the impact of the slave trade in Canada on the Black experience.
November 8: Abolition and the Underground Railroad: A discussion of slavery’s abolition in Canada and the development of the Underground Railroad - Slavery would be officially abolished in the British Colonies in 1833. Our lecture will cover British abolition but also the attempts to abolish the practice that came before as well as the backlash against abolition to understand the entrenchment of slavery and ideas about Blackness that had taken root in Canada. Moving on from abolition this lecture will explain what the Underground Railroad was, how it operated, and will go into detail about the Black communities that it created in Southwestern Ontario after abolition in Canada. In that discussion of settlement we will also discuss the Black community’s activist efforts to end slavery in the United States, but also to earn equal rights in on Canadian soil.
November 15: Moving Westward: A discussion of Black settlement and communities west of Ontario. - After the American Civil War, African Americans began attempting to settle to the west in the Prairies, with some settlement in British Columbia as well. This lecture will discuss their experiences and White reactions to their settlement.
November 22: A New Century: A discussion of Black communities and their experiences in the first half of the twentieth century. - This lecture will discuss the development of many Black communities throughout Canada and their transition to the twentieth century. There will be a special focus on Black participation in World War I and World War II to highlight the ongoing struggle of Black Canadians to be truly recognized as Canadians. Black communities would sacrifice much in order to prove their commitment to Canada, but in many ways this would not be enough to earn true equality.
November 29: New Settlement: A discussion new Black settlement in Canada in the twentieth century. - This lecture will talk about new Black immigrants in the twentieth century into Canada with a focus on immigrants from the West Indies. These new immigrants would bring their cultures to the areas they occupy, sometimes mixing with existing Black settlements. The lecture will also discuss anti-Black racism in Canada’s immigration system as well as the racism that these new immigrants faced once settled in Canada.
December 6: Activism from the Twentieth Century to the Present: A discussion of Black activism in Canada from the twentieth century to the present. - Throughout the course we will have delved into the negative reactions to Black presence in Canada from the Maritimes to British Columbia. This lecture will provide an overview of the various ways that Black communities fought back against segregation, housing discrimination, and anti-Black violence in the twentieth century. The lecture will then move toward the twenty-first century with a focus on new Black immigrants and the ongoing struggle for equality for Black people in the country. 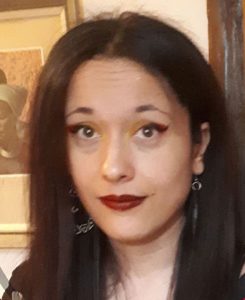 Deirdre McCorkindale is a PhD candidate at Queens University. Her primary area of interest is the issue of race within Canada and the United States with an emphasis on African-American and African-Canadian history. She was recently featured in the TVO series “Crossroads” in an episode about North Buxton, Ontario (a community of former slaves founded in the 19th century in southwestern Ontario). She was recently appointed Assistant Professor in Black Canadian History at the University of Guelph