The Beatles and Their World

Mike Daley's Recorded Lectures, including The Beatles and their World
The Everly Brothers Story on January 8 at Church of the Redeemer, Toronto

Course Overview: This course will track the musical development of the Beatles, starting from the earliest days in Liverpool, moving through the excitement of Beatlemania, the rush of psychedelia, and the maturity of their studio years. While the focus will be on the music, we will also consider how recording techniques, the music business, the music of other artists, and the larger culture of the 1960s affected John, Paul, George, and Ringo as they created their classic works.

October 19: The Early Beatles - We’ll examine the family backgrounds and childhoods of the members of the Beatles, as well as the larger backdrop of postwar Liverpool. From the formation of John Lennon’s teenage band The Quarrymen through early club dates in Liverpool and Hamburg, we’ll look at the evolution of the Beatles before fame.
October 26: Hamburg and British Stardom - An extended engagement in Hamburg, Germany sparked something in the young Beatles, and their rise was rapid from this point. The Beatles conquered England in 1963 after “Please Please Me” went to #1 on the charts. The phenomenon dubbed as Beatlemania followed.
November 2: Beatlemania and the World - The Beatles conquered the U.S.A., Canada and the rest of much of the world in 1964. In this class we’ll track the halcyon days of world Beatlemania, including their first appearance on the Ed Sullivan show and first film, A Hard Day’s Night.
November 9: Recasting Popular Music – 1965 - In 1965 the Beatles rewrote the rules of rock and roll music, particularly in the recording studio. We’ll discuss their rapid artistic evolution in this period.
November 16: New Directions - 1966 - In 1966 the Beatles continued their experimentation in the recording studio and stopped touring. We’ll look in detail at their epochal album Revolver.
November 23: Peak of Creativity – 1967 - With their innovative 1967 recordings including “Strawberry Fields Forever” and the Sgt. Pepper album, the Beatles sealed their position at the top of pop music. But the sudden death of their manager, Brian Epstein, in August 1967 threw the band into organizational turmoil.
November 30: Dark Clouds – 1968 - 1968 saw the Beatles creating a sprawling double album and starting their own company, Apple. While their success continued with hits like “Hey Jude” relations within the group were ecoming strained and the band was looking for a new direction.
December 7: The Breakup and The Beatles Up to Today - The ill-fated Get Back film project was an attempt to return to form, but inter-band relations were in decline, aided by drug abuse and simmering personal resentments. The final breakup was acrimonious and played out over years in the courts. In the wake of their breakup, the individual Beatles began their solo careers. We’ll discuss these later years and the Beatles’ legacy today. 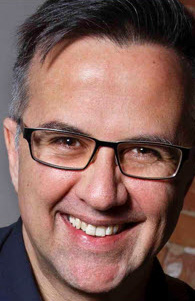 Dr Mike Daley  is a freelance popular music history lecturer around Toronto. He holds a Ph.D in musicology and has published widely on a variety of musical subjects. He has presented lecture series at Learning Unlimited Etobicoke in the past as well as at other later life learning organizations.